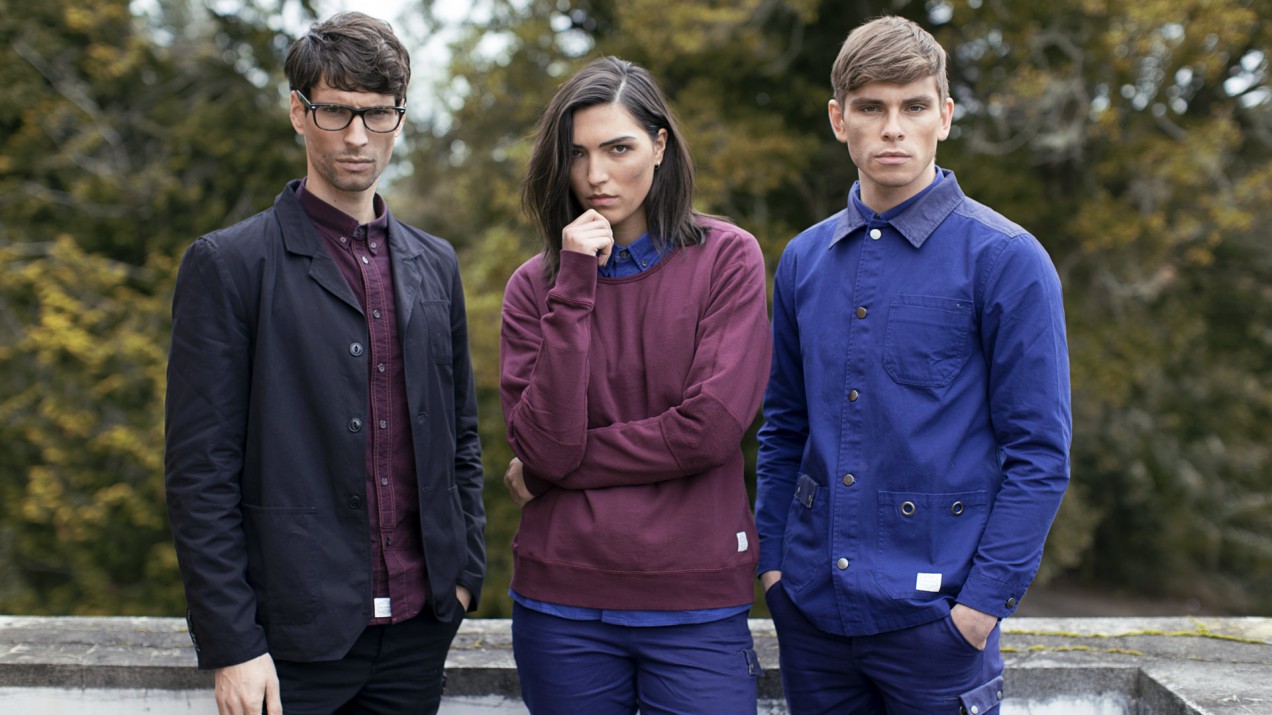 7 years ago this week Dave Black and I began searching for a creative outlet to save ourselves from the apathy of our well-paid-yet-unfulfilling jobs in advertising. We weren’t exactly sure what that might be and it didn’t much matter so long as we were doing it without clients or bosses getting the way. After countless cans of cheap Euro lager we settled on graphic Tshirts. How fucking original. Thankfully we had the novel idea of being the first brand in the world inspired exclusively by literature. Surprisingly the literature angle wasn’t conscious and evolved due to market forces in that Dave’s first design ‘Miniluv’ outsold mine 10-to-1 and just happened to be inspired by George Orwell’s ‘Nineteen Eighty-Four’. So here we are. And with that in mind I’m thrilled to announce our next evolution as a brand from graphic Tshirts to menswear proper, starting with our 1984 stealth fashion collection. It’s exactly the same concept of wearable stories, only now the execution is in cut and fabric rather than graphic art. ‘Nineteen Eighty-Four’ is one of my favourite books and it just felt right to finally return to the same source material that started this whole journey. However I am self-taught so when I began thinking about how to translate Orwell’s dystopian world into fashion, my first thought wasn’t cut or fabric but the functional potential between Airstrip One and premium streetwear. So after a bit more cheap lager, UnPocket™ stealth fabric technology was born which allows you to #GoDark and drop off the grid at will. It's stealth fashion for the under-surveillance society.

In all honesty these clothes wouldn’t exist without Edward Snowden. When news of his NSA leaks broke last year I knew THE AFFAIR couldn’t sit idle whilst basic human rights were eroded on an unprecedented scale. Yet pre-Snowden we would’ve been marginalised as paranoid nutters for creating a line of clothing around the concept of reclaiming privacy. Ed proved that Big Brother is no longer fiction and made this collection possible. So whilst the 1984 stealth fashion collection is inspired by Orwell’s fiction, it is very much built for the post-Snowden reality. Anyway there’s a shit tonne of people I need to thank for their tireless help and feedback in getting to this point: Gemma, Zaid, Devin, Jamie, Jacqui, Nathan, Garth, Josh, Lincoln, Justin, Barney, Eric, Jamal, Craig, Jono, Mitch, Tristan, Thad, Matthew, Tim, Rich, Sayuri, Talia and Ayla. Phew! Words cannot express my debt of gratitude. Finally to all our amazing customers who have supported us over the years, know that we’re not giving up on graphic Tshirts just yet but much has changed since we began in the back alleys of Shoreditch. Most notably my partner in crime Dave left in early 2013 to pursue a different dream and I’m a (market proven) far less talented graphic artist. But I’m also getting older and as my own wardrobe evolves and matures I want to keep making clothes that I’d like to wear: detail-driven premium streetwear / casual menswear built around a shareable story. I guess change is inevitable in business as in life. So whether you’ve just discovered us or you still rock ‘Miniluv’, I want to say thanks for sharing our journey. Welcome aboard and hold on tight, because this is still only the beginning... Zoltan Csaki Co-Founder THE AFFAIR @zoltancsaki PS: Ed if you’re reading this we’d love to send you some samples. We realise that your address is *ahem* a delicate matter. Drop us a (secure) note or perhaps we could just send it to a friend? Either way I’m sure we can sort it out, because you definitely need a wardrobe upgrade bro!
Standard